“You might not notice it … but I do”: Shame and Cosmetic Surgery by Luna Dolezal

This blog post is reprinted from the Beauty Demands Blog from 05/04/2017. See: http://beautydemands.blogspot.co.uk/2017/04/you-might-not-notice-it-but-i-do-shame.html
It is only very recently that elective cosmetic surgery has entered the mainstream as a routine and socially acceptable way to alter appearance. In the 1950s, for example, aesthetic plastic surgery was a largely marginal and unknown medical practice. Just a few decades later, it is a recognized medical speciality, not to mention a highly lucrative multi-billion dollar global industry. As cosmetic surgery has proliferated, it has also become more democratic. No longer the privilege of the wealthy or elite, procedures are increasingly more affordable and cosmetic surgery is now a pursuit of the middle and more affluent lower classes.
Although cosmetic surgery is regularly performed on men, it is by and large a female practice. In 2013, for instance, in the United States, just over ninety per cent of surgical and non-surgical cosmetic procedures were performed on women, and only nine per cent on men. (Interestingly, although women are by and large the primary recipients of cosmetic surgery, eight out of every nine cosmetic surgeons are male.) These figures are mirrored precisely in the UK, where women make up about 90% of cosmetic surgery recipients.
It is widely reported in the academic literature on cosmetic surgery that women sometimes see cosmetic surgery as a means to take control of their bodies and lives, exercising their agency in order to alleviate psychological distress. As a result, despite the (obvious) focus on the physical body in cosmetic surgery practices and the promise of ameliorating physical flaws, a common justification by doctors and patients for the medical need for cosmetic surgery is not about the physical body, but instead related to the alleviation of psychological distress—significantly, they argue that cosmetic surgery will alleviate shame, anxiety and suffering arising as a result of perceived flaws in one’s body and the perceived threats to one’s social standing that this may incur. 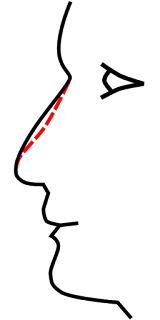 "Curiosity and What Equality Really Means" by Atul Gawande in the New Yorker - https://t.co/cYa6okm8VF

h J R
Linda Gask discussing the medical memoir as a means to express “the continued struggle to manage the impact of the… https://t.co/5VIDKerdYf